Speaker Nancy Pelosi announced the House is launching a formal impeachment inquiry into President Trump, setting up a dramatic constitutional clash just over a year before the presidential election.

“Today I’m announcing the House of Representatives is moving forward with an official impeachment inquiry,” Pelosi said in a scathing statement at the Capitol late Tuesday afternoon.

The speaker has long resisted calls from many progressive lawmakers to initiate impeachment proceedings against the president, but Democrats appear to have reached a breaking point over the allegations that the administration’s refused to hand over a whistleblower complaint related to Mr. Trump’s interaction with a foreign leader. However, Trump has confirmed that he’s releasing those transcripts.

“Democrats have officially paved the way for a @realDonaldTrump landslide victory,” Parscale tweeted.

Democrats have officially paved the way for a @realDonaldTrump landslide victory. The witch-hunt continues… 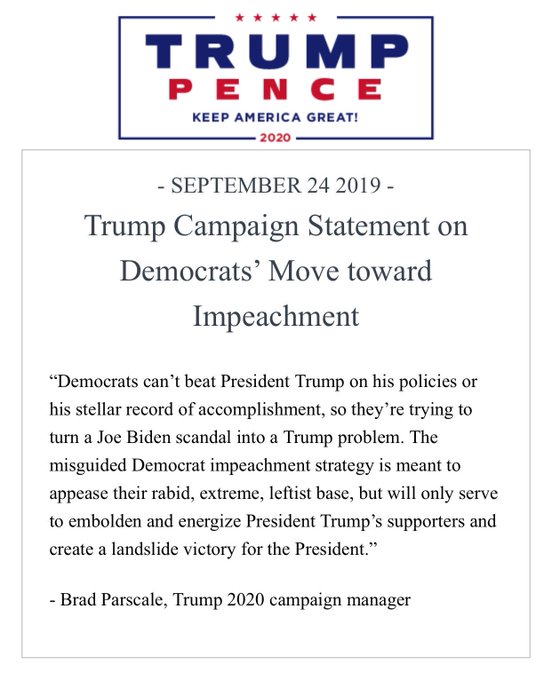 1,558 people are talking about this

You may have missed